Since 2004, we have helped improve and empower lives throughout the Dallas metroplex by teaching the world’s leading self-defense system, Krav Maga. We understand that there are no second chances when it comes to your safety during a violent attack on the street. The principles we teach are simple, inclusive and most importantly, they work. Our instructors not only teach but they continuously train, pressure testing the self defense principles to give our students the most up-to-date material possible. Our commitment to our students is to provide effective and reliable self-defense training so that they can get home safe and walk in peace.

Krav Maga Dallas™ is a community of like-minded people that all have the same goal — to live a safe and healthier life. We provide a supportive, encouraging and accepting training environment for all students. Regardless of age, athletic ability or experience level, students are treated with respect while being pushed beyond their perceived limits. Whether you want to learn how to defend yourself and your loved ones or are looking for a fun way to challenge yourself mentally and physically, the Krav Maga Dallas™ family offers the support and encouragement to help you exceed your goals.

We are dedicated to transforming the lives of the men, women and children who share our community by providing self defense and fitness classes that help them live safer and stronger lives.

Our goal is to empower every student to live their best life, regardless of fitness ability or training background.

What is Krav Maga?

The literal translation from Hebrew to English is “contact combat” or “close combat”. Krav Maga is the official self-defense and fighting system of the Israeli Defense Forces (IDF), as well as, the system of choice for thousands of law enforcement, military and government agencies around the world. It has been internationally recognized as the most efficient self-defense system. Krav Maga emphasizes instinctive movements, practical techniques and stress drill training scenarios to teach combatives against real attacks.

This unique and original method incorporates fitness, self-defense, and fighting like no other system. Students can become proficient in months rather than years. Krav Maga provides a total body workout that combines punching, kicking, street fighting, ground survival, and defense against weapons. There is nothing flashy about the system: No Forms. No Katas. It is simply, effective techniques that work in the real world.

The origins of Krav Maga date back to the late 1930s in Bratislava, Czechoslovakia and a young man named Imi Lichtenfeld. Originally developed for the Israeli Defense Forces (IDF) and honed on the battlefield, Krav Maga has been taught to every branch of the U.S. Armed Forces, Coast Guard Drug Interdiction, FBI, DEA, Secret Service, CIA, and many other organizations spanning the globe. Since its introduction into the United States in the 1980’s, Krav Maga has been adapted for civilian application and is now taught to men, women, and children throughout the world who seek the best in self-defense training.

How is Krav Maga different than traditional martial arts?

Traditional martial arts may offer a host of benefits but are not optimal for fighting or self-defense. Fighting, like mixed martial arts is a useful skill but is often better utilized in a rules based environment.

Krav Maga is a self-defense system. It is a modern, reality based method of training utilizing coherent and logical techniques that build up one another and uses the body’s natural and instinctive movements. Because the Krav Maga system is well integrated, common defensive principles apply to a variety of attack scenarios. Thus, the system can be learned in a relatively short period of time and performed under stress. This often includes being taken by surprise, learning to defend from an initial position of disadvantage. and moving to a position of advantage to neutralize the threat. Krav Maga incorporates techniques from many styles including boxing, Brazilian Jiu-Jitsu, Muay Thai, and others, but it does not adhere to any classic or traditional school of thought. It has no sporting or tournament aspect.

The art of Krav Maga is much more than a self defense system, it is personal protection at its finest. It is a modern, highly refined street fighting system, designed to be effective against armed and unarmed attackers. Krav Maga addresses a wide variety of attacks, as well as, solutions against multiple attackers.

What if I have no martial arts experience?

You don’t need any previous martial arts experience to begin training. The system is designed to take adults with no experience and bring them to a level of proficiency fairly quickly.

Do I have to be in shape to begin Krav Maga?

No. Krav Maga is designed for everyone, regardless of fitness level. In fact, taking classes is the best way to get into shape. Our class format is created to push students but allow them to progress and reach their goals at a pace that they feel comfortable.

What if I have an injury or disability?

We have many students that train with chronic injuries including bad knees, back, and neck. Self-defense is equally, if not more, important for you. Ultimately, your doctor should be the final authority on the matter. With that, we welcome the opportunity to help you reach your full potential in learning how to protect yourself and those you love.

Instructors may able to accommodate students’ limitations by making suggestions or specific modifications to a technique. Students may also elect to exclude a specific exercise that may aggravate their injury.

With which Krav Maga organization are you associated?

Is there a ranking system for Krav Maga?

Yes, although belts are not worn in class, there are 6 levels in the Krav Maga system. Students start in level 1 as a beginner and progress to higher levels as they demonstrate their proficiency. Students must test to prove their competency and advance to the next level.

How often can I attend classes?

You can train as many times per week as you like. All memberships offer unlimited access to classes, provided you are training in your level appropriate class.

What do I wear to a class?

Typical gym attire – shorts or sweatpants, T-shirt, and clean athletic shoes is all that you need. No GI or traditional uniform is required.

Learning self-defense requires close contact with other people. With that in mind, please be aware of your own personal hygiene. Deodorant and clean clothes are necessary and are very much appreciated by your classmates and instructors. If you are taking classes back-to-back, having a fresh change of clothes, especially a clean, dry t-shirt is strongly encouraged.

How much does Krav Maga training cost?

We offer several programs, terms, and pricing options to best fit your needs. We also have couple and family discounts. We do our best to help students select the best membership for them based on their goals and schedule.

Making our community safer and more fit is our ultimate goal. We will work with potential students on an individual basis to ensure those who are committed to their safety, are not held back due to finances.

How do I get started?

We are delighted you have taken the first steps towards learning Krav Maga and getting into the best shape of your life. Contact us directly at 469-202-9227 or simply fill out the request form located at the bottom of the page to schedule your free consultation today.

How do I register for classes?

We provide two ways to register for classes, under the “Schedule” and “Members” tab on our website and the Mindbody app! For more detailed information, visit our pre-booking page! 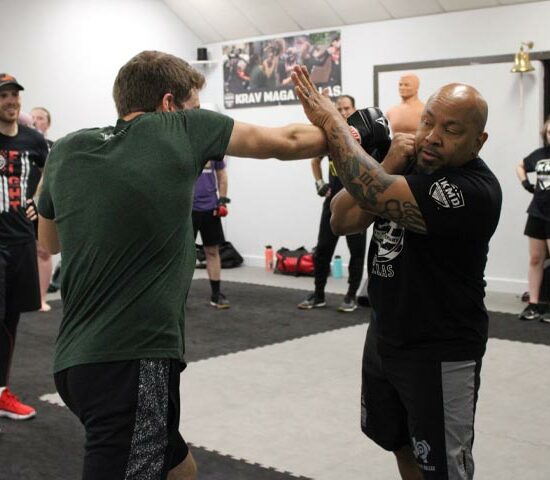 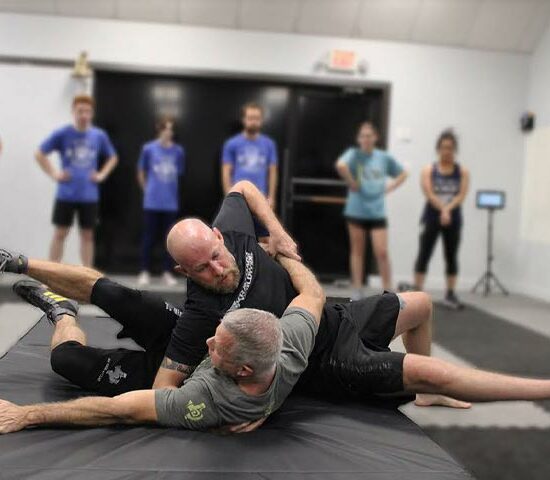 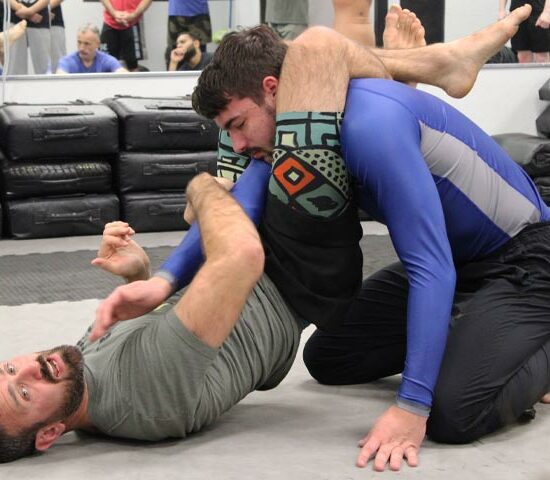 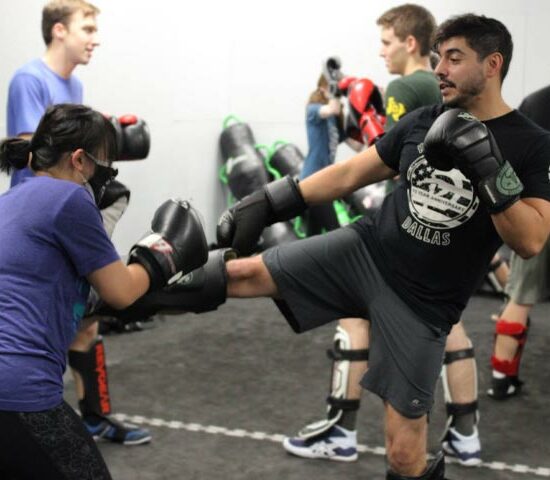 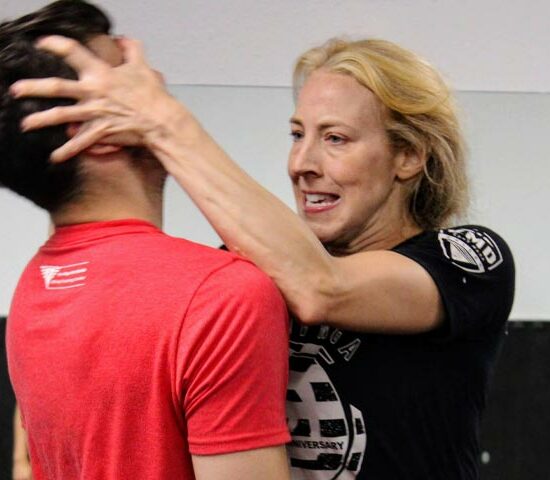 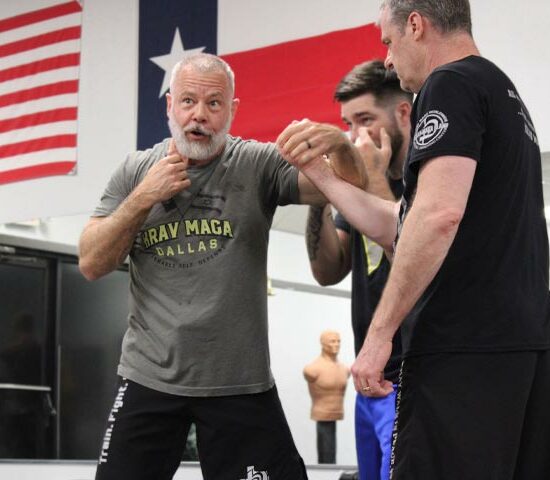 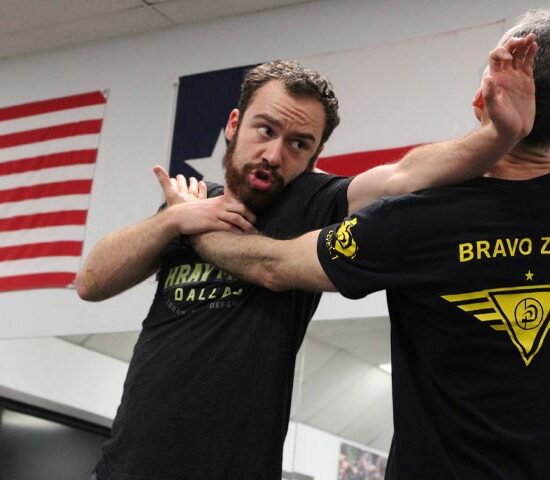 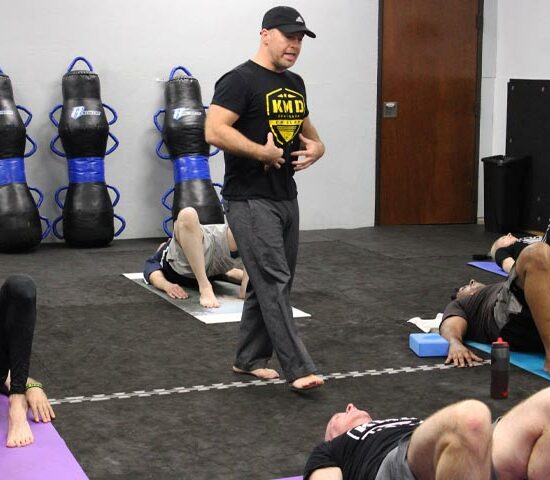 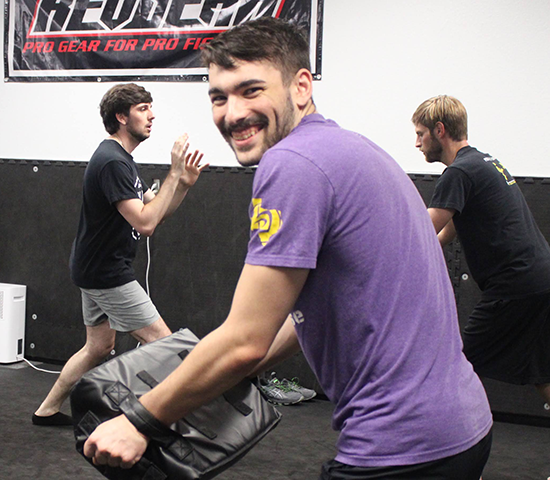 Fill out the form for a No-Sweat Consultation

Where do you want us to send our membership pricing information?

Fill out the form for a No-Sweat Consultation